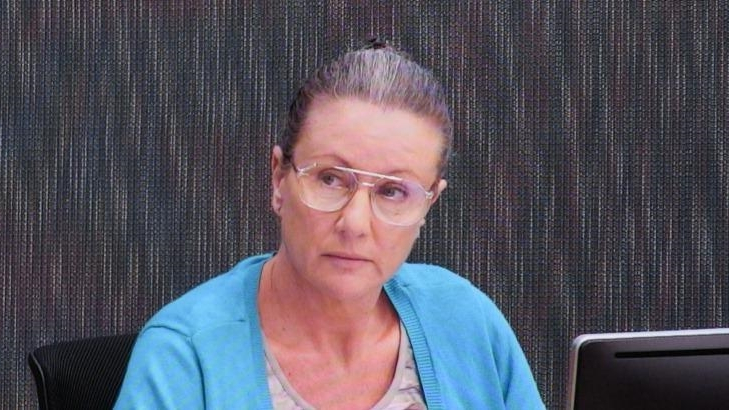 It was another harrowing day in court for Kathy as she gave evidence regarding her diaries at the judicial inquiry into her convictions.

Dr Emma Cunliffe, who is a legal expert on Kathy’s case, tweeted during the hearing: “Kathleen Folbigg is today facing extremely lengthy, hostile cross-examination from Margaret Cunneen SC for Craig Folbigg (ongoing). She is remarkably calm, reflective and articulate about the disturbed thought patterns that attended her depression and bereavement.”

Kathy denied suggestions put to her by barrister Margaret Cunneen SC that “homicidal rages” or “psychological mood swings” led her to smother her babies.

She said she falsely believed her moods affected her children who “decided they didn’t want to be with me anymore”.

Cunneen said: “Of course, you know, that babies don’t decide whether or not to live?”

Kathy replied: “At that stage in my life, I did not know that. My concerns were almost paranoia.”

In a December 1996 entry, before the birth of her fourth child, Laura, Kathy wrote in her diary: “I know now that battling wills and sleep deprivation were the causes last time”.

Former NSW District Court judge Reginald Blanch, QC, who is heading the inquiry into her convictions, asked: “When you say the causes last time, the causes of …?”

“The causes of them dying,” she answered, having earlier told Blanch, “it was a wrong belief and a warped belief that my children had decided they weren’t staying with me any more.”

Kathy repeatedly expressed her innocence on the stand.

“I didn’t kill my children and these diaries are a record of just how depressed and how much trouble I was having and all of the issues that go with that,” she said.

Her friend Tracy Chapman notes: “Research shows in our mid 20’s to early 30’s we have poor cognition, limited critical thinking skills and judgement capacity. Hence the mish mash of diary entries that Kathy had been asked to put on paper by counsellors to help get the trauma of losing her children out of her head.

“Could Kath see how these may be interpreted by others? No. And they weren’t intended for others.

“Could she see their ambiguity and possible future interpretation. Definitely not … She was innocently dumping confused thoughts to help clear her head as she’d been asked to do by professionals.

“Kath’s diaries have been weaponized, which is the exact opposite of what they were intended for.”

The Daily Mail has again acted without journalistic ethics, headlining a story about the inquiry “Diary of a monster”.

According to the MEAA’s Journalist Code of Ethics, journalists should “Report and interpret honestly, striving for accuracy, fairness and disclosure of all essential facts. Do not suppress relevant available facts, or give distorting emphasis.”

The Daily Mail has shamefully and completely failed on that front.