Kathleen Folbigg has spent her final, devastating day on the stand at the inquiry into her convictions.

Under examination from her barrister, Jeremy Morris SC, Kathy said: “The problem that landed me in the position that I am in is assumptions being made and things been made out of context and nobody understanding what I was trying to say when I was writing in those diaries.”

She also sought to clarify some misinterpretations made regarding her testimony over the last few days.

She said that while she still wonders if some supernatural power took all four of her children, she was not suggesting “some ghost or entity” did so.

“I have no answers as to why I have survived my children … I was constantly trying to search for that answer,” she said.

“I’m certainly not saying some ghost or entity or whatever came down and took my children.”

A June 1997 entry in Kathy’s diary reads: “Don’t think I’ll suffer Alzheimer’s Disease, my brain has too much happening, unstored and unrecalled memories just waiting, heaven help the day they surface and I recall, that will be the day to lock me up and throw away the key, something I’m sure will happen one day”.

Kathy explained in court: “I was reflecting and wondering whether I could end up in a mental institution if I was to recall all of the memories that I’d ever had in my life”.

She also revealed the terrible toll losing her four children took on her.

She said she believed she had only two options after the death of her third baby – to leave her husband or die.

She told the court that she would write letters to her husband Craig rather than talk to him. She read out one letter in which she talks about her feelings after the death of their baby daughter Sarah.

“The more I think about what our lives will be like, just you and me, the more I’m scared, I don’t think that I could handle it,” she wrote.

“I clearly remember how close I got to leaving you before Sarah was born, I thought that having her would solve the problems, I was wrong, that was a mistake.

“She (Sarah) was by no means a mistake.

“I love her more than anything and wouldn’t have my life go in any other direction … but she is gone and I am now faced with all the feelings and thoughts I had before but worse.

“Having her solve the problem of fulfilling your life and making you happy with life again but now because of cruel fate all that’s happened is turned your life into misery once more, how much misery and tragic deals of life is a couple supposed to bare?

“I suppose this last one has broken me, I don’t know about you.

“The bottom line is I don’t want this life any more, I want to have a major change.

She went on to write that she felt like her life had “expired”.

“The only two options I have left are – try life on my own or die, my survival instinct is too high for option two,” she wrote.

Morris also pointed to a number of diary entries where Kathy had written about plans for her children’s future and schooling.

He then asked her if she loved each of her children.

He added: “Did you love Sarah?”

He asked: “Did you feel grief at her death?”

“Of course, I still feel it now,” she answered.

She also expressed her love for her other three children. 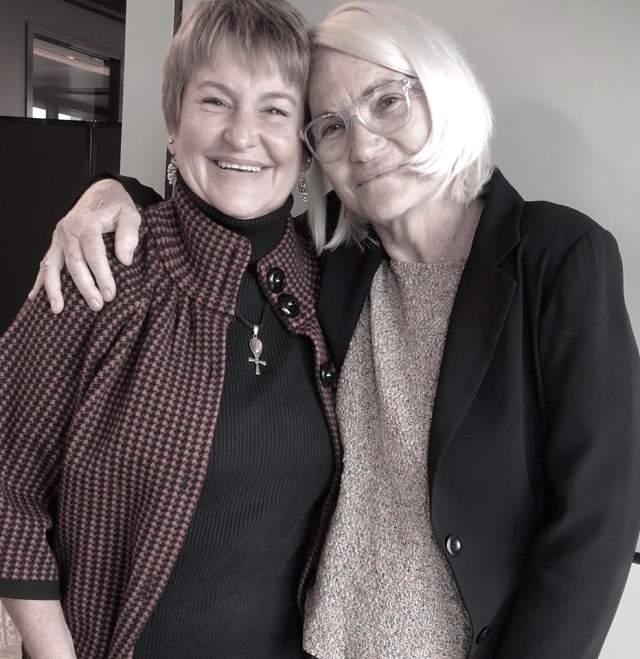 After leaving court, Kathy’s longtime friends Helen Cummings and Tracy Chapman gave each other a supportive hug after days of high emotion.

Helen said: “I hope no mother in the world who has lost her babies through unexplained circumstances EVER has to go through what this mother has during these past few days.”

John Folbigg, the eldest brother of Kathy’s ex-husband Craig, spoke to the media outside the court.

“The chapter unfolding now we feel was unnecessary and most definitely unwelcome,” he said.

“However we have endured it, and as ultimately it would, we feel, help to ensure that the justice that Caleb, Patrick, Sarah and Laura received in 2003 is upheld.”

After receiving final submissions, Judge Reginald Blanch will prepare a report for the Governor.