The woman we love is innocent

Tracy Chapman has discussed her unwavering belief in Kathy’s innocence during a Channel 7 Sunrise segment this week.

When asked if she has ever doubted Kathy, her childhood friend replied “never”.

Watch the segment below:

Tracy has since noted to Justice for Kathleen Folbigg that Kathy didn’t regard her writing as a “diary”. It’s significant that she wrote the word “journal” on the cover, as therapists had advised her to use “journaling” as a process to getting rid of negative thoughts as she processed her grief. 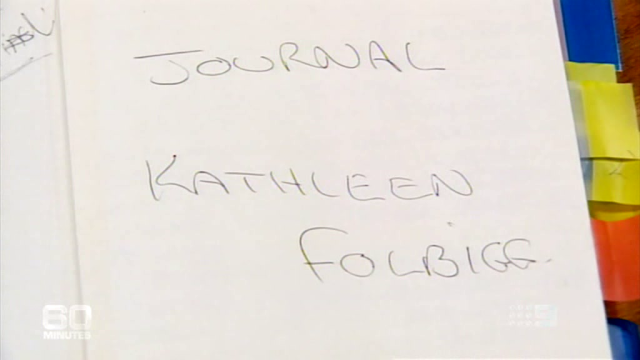 “I refuse to use the word diaries any longer,” Tracy said. “Diaries imply a totally different use or purpose. Kath had been journaling for many, many years to help herself live well by dumping all sorts of thoughts, ideas, concerns, fears, elations – as per the intended function and use of journaling. They really do have therapeutic and wellness usefulness.

“Kath used her journals according to their technical use or purpose. At no time was anything sinister, overtly stated or implied, and this is an incredibly important fact.”

ABC News has published an article on a consultant psychologist’s report that was submitted to the inquiry that found there is no evidence Kathy has a psychotic illness, severe mood disorder or any other brain injury consistent with homicidal conduct.

In his report, Dr Michael Diamond said he asked Kathy about the diaries and records that “she made no effort to hide her diaries because she simply viewed them as part of her life and not as something dangerous or secret”.

“I asked her specifically if she left her diaries out in order for her husband to find what she had written.

“She said it was not intended for her diaries to be read by others. Writing her diaries ‘was simply a way of getting things out’.”

Kathy has sometimes been painted as an angry woman whose children were fearful of her rage. But her friends say she was no different to any mum battling with sleep deprivation and the daily demands of motherhood.

On January 28, 1998, she wrote of Laura in a journal entry: “I’ve done it. I lost it with her. I yelled at her so angrily that it scared her, she hasn’t stopped crying. Got so bad I nearly dropped her on the floor & left her … I feel like the worst mother on this earth. Scared that she’ll leave me know [sic]. Like Sarah did.”

However, another lifelong friend Megan Donegan has noted that every mum loses their temper occasionally when they are tired and dealing with a truculent toddler.

“Imagine this … your one year old throws their food across the room… your first frustrated thought or reaction is to throw your hands, go RAAA. The baby screams because it actually wants that food, you have had bugger all sleep, you take the baby out of the high chair and put it on the floor, walk into your room for five minutes just to chill before you go back and deal with the baby.

“You write in your diary that night that you lost it … because to you that’s what ‘losing it’ is … frustrations with kids’ tantrums … but … you have had three babies die … you don’t know why and and you grasp at anything – you think its your fault, that you’re being punished for not being all susie-homemaker and able to take that.

“Someone reads your diary and says that means you must have killed your kids. You sit in the witness box being asked to explain why you were frustrated or made feel that everyone else didn’t ever feel like that.”

One of Kathy’s relatives has also spoken out following the Sunrise segment, saying: “I stayed over at Aunty Kath’s place many times. Of course I was only a small child back then, but the one thing I remember most about her is how caring , joyful and loving she always was. I will always back her. Love you, Kathy.”

These words from those who love Kathy are starkly at odds with the picture painted in the media of a “monster”.

Tracy also noted that there have been many “gobsmacking” revelations about the conduct of professionals who involved in Kathy’s case that have come to light during the inquiry.

Those revelations weren’t covered by the media, which only reported on the first day of the inquiry and then returned when Kathy was on the stand, in search of sensational headlines from her testimony.

“I think once it’s fully analysed there’ll be a lot more said about it,” Tracy concluded.