Plea for Craig Folbigg to provide his DNA 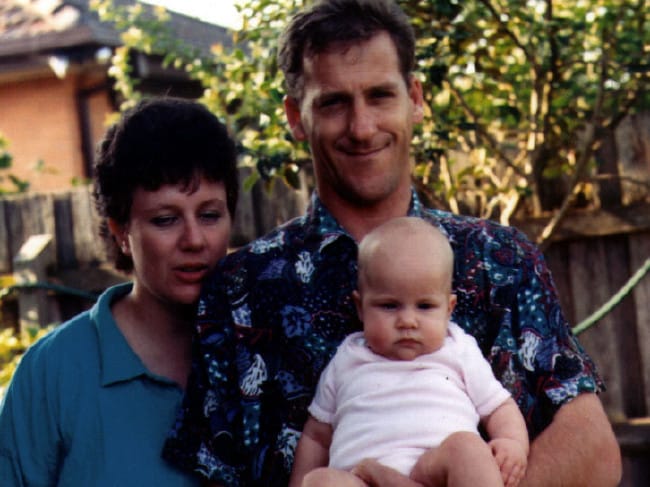 The new inquiry into Kathleen Folbigg’s case will return to court in September for a directions ­hearing and Justice for Kathleen Folbigg is pleading with her former husband Craig to provide his DNA so that further testing can be conducted to ascertain the cause of death of their four children.

Initially, Craig Folbigg’s lawyer Danny Eid said his client was unable to fund his legal representation for the ­inquiry and was denied funding from the Attorney-General. ­

Last week NSW Attorney-General Mark Speakman approved “discretionary funding” towards Craig Folbigg’s legal representation in the inquiry. However, the offer of funds has not compelled Folbigg to change his stance against taking part in the inquiry.

Friend Tracy Chapman said she was bewildered by Folbigg’s decision to withhold his DNA.

“It’s disappointing, but at the end of the day only Craig knows why,” she said.

“He has been told time and time again his DNA would be kept confidential, and it was not going to go on a database. You would think it would be a no-brainer.”

Here is a round-up of some of the stories.

Kathleen Folbigg’s ex-husband is under increasing pressure to provide his DNA, with top scientists saying his co-­operation would provide vital information that could exonerate the woman jailed for killing their four infant children.

Craig Folbigg has indicated he will not give his DNA or ­attend the upcoming inquiry set down for November, citing a lack of funds for legal representation.

Geneticist Adjunct Professor Oliver Mayo from the University of Adelaide is a cosignatory to the Australian Academy of Science petition signed by 90 eminent scientists calling for Folbigg’s immediate pardon and release from jail based on the new ­evidence.

Mr Folbigg’s refusal to give a DNA sample was a missed opportunity to investigate if the couple’s two sons also ­inherited genetic mutations from the father’s side that could explain their deaths, Prof Mayo said.

The case against Folbigg, who was sentenced to 30 years with a non-parole period of 25 years, is a miscarriage of justice, according to scientists who argue the legal profession in Australia is behind other countries that have now ­reversed similar cases based on British Professor Roy Meadow’s rule of three – that “one sudden infant death is a tragedy, two is suspicious and three is murder, until proved otherwise”.

The former husband of convicted child killer Kathleen Folbigg has refused to provide DNA evidence which could exonerate his ex-wife of the deaths of their four children more than two decades ago.

Ms Folbigg was convicted in 2003 of smothering her four children Patrick, Sarah, Laura and Caleb, yet new scientific evidence showed her daughters carried a mutation which causes heart irregularities, raising the possibility they died from natural causes.

Her bid for freedom will rely heavily on the strength of new genetic evidence but Craig Folbigg – Kathleen’s ex-husband – is declining to provide his DNA which experts said would provide ‘considerable assistance’ to their enquiry.

The scientist whose evidence proved Lindy Chamberlain innocent is horrified that Kathleen Folbigg’s former husband has refused to provide DNA samples that could help show she was wrongly convicted of killing her four infant children.

Geneticist Barry Boettcher, who provided crucial blood evidence that cleared Ms Chamberlain of killing her daughter Azaria, said it was vital Craig Folbigg’s DNA be made available to the new inquiry probing fresh scientific evidence in the case.

“I think that it’s as serious as the Lindy Chamberlain case to me,” Professor Boettcher told The Australian. “Of course, to convict anyone of murder you want all the evidence possible and when there’s evidence that’s possible but not made available, I personally feel that it is a big drawback.

“In our society, there is no more serious charge than of murder and to uphold the charge of murder you would want every bit of information available.”